Rogue Friday came and went and I am equally enthused and frustrated, which is the regular occurence for a Polish fangirl, apparently. (Or indeed probably most non-US based fans.)

Because as much as I love the merch, and I did indeed splurge on all the funkos and most of the Elite series, a lot of fashion items are sadly, once again, not available internationally unless you resort to tactics like shipping companies or buy-for-me services.

The biggest disappointment is the Her Universe line, exclusive to Disney Parks. Some of the items are available through the Disney Parks shopping up or in the US Disney store, but not shipped internationally, so no luck there. It’s particularly disappointing considering that Her Universe is based on the idea of geek inclusivity, bringing geek clothing to those who have long been deprived of options – the company spearheaded the geek fashion movement a couple years back.

But not this time, unless you live in the country with a Disney Park and can afford the trip. I hold on to hope that the Death Star dress and other items might still be available when I’m in Orlando in April next year for the Celebration, but this might not be the case. And is also beside the point… 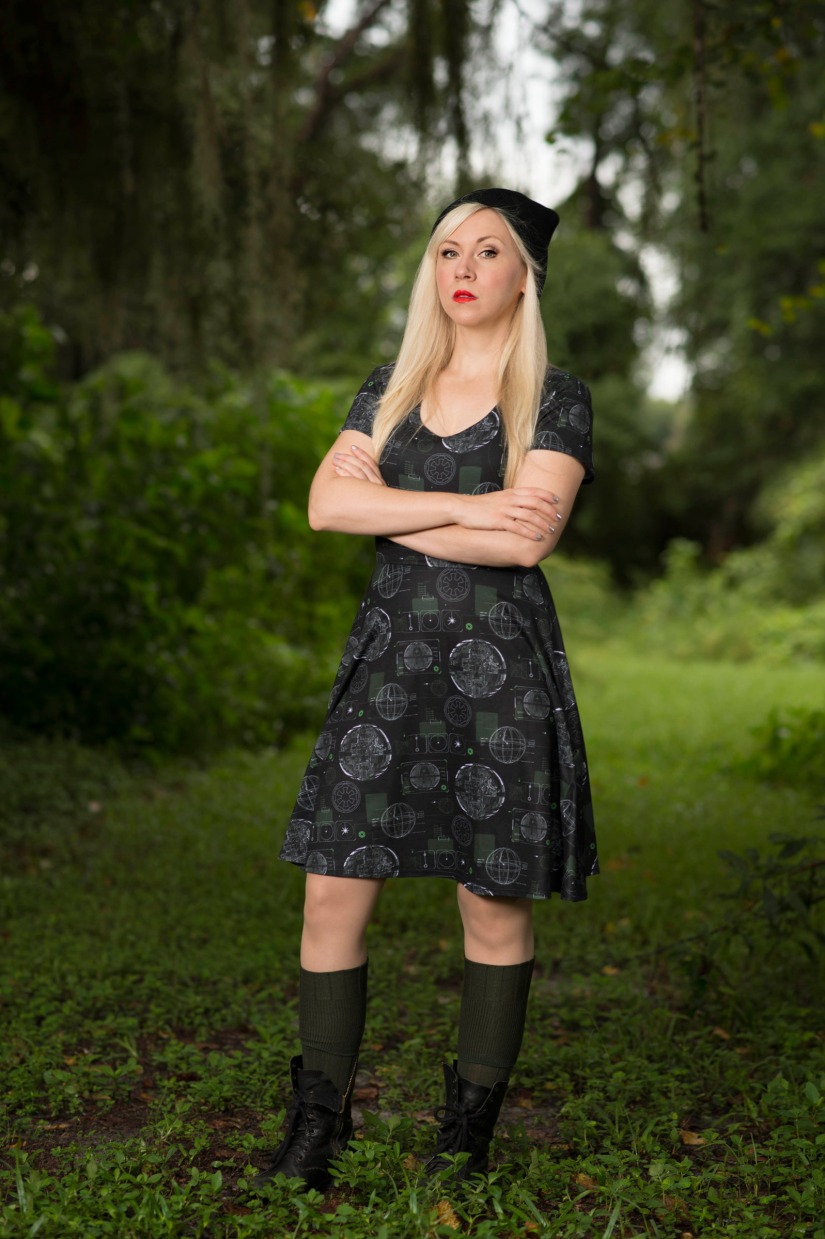 Her Universe is also one of the very few companies that cater to women only, which makes the disappointment at the exlusivity even more acute. In companies like WeLoveFine or Fifth Sun, men’s designs vastly outnumber the women’s items. To be honest, I’m greatly curious about the actual sales reason behind it, as I see women online getting excited about every single shirt or dress design, retweeting madly… I get that the so-called unisex shirts probably sell well, since women buy them as well (so do I, though I usually upcycle them later to make the form better fitting), but seriously? The difference in numbers of men’s and women’s items is astounding.

On the brighter side, one of my favourite women’s lines for Rogue One are the Bioworld bags and accessories, featuring backpacks, dome bags, crossbody bags, purses, wallets and furry pom-poms. I have actually blindly ordered a number of items before the images were even revealed and I am so happy with my choices. The dome bag is my personal favourite, but I am generally in love with all of them, especially with the new rebellion color scheme: gone is the X-wing pilot orange (as much as I liked it, it was a bit loud for everyday wear), instead we get grays and navys and dark greens, all with the well known rebel logo. I love everything about them (and the tv and movie store ships internationally thank gods). 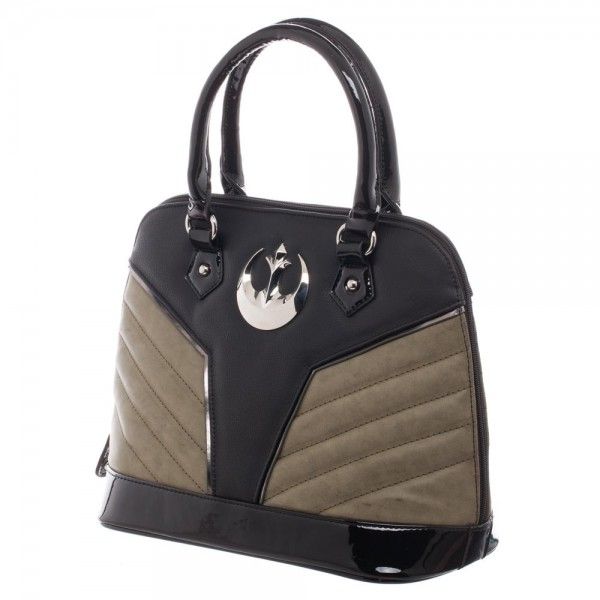 The hero of my Rogue Friday turned out to be the EMP store. (link to the Polish site, but there’s a version for most European countries). They offer a wide range of Rogue One apparel, still skewed towards men’s items, but with enough of women’s clothing to satisfy me. While most shirts follow the simplest of designs and sadly won’t match HerUniverse for cuteness, some of the items, like the Deathtrooper shirt, are ace. I’m not usually one for the Imperial side, but I gave in and got one, it’s too great.

All in all, the Rogue One shopping was a bit of a letdown. It was to be expected there’d be less merchandise available than for TFA Force Friday, but the international availability of items is laughable. I understand that a lot of it has to do with the licenses given, but I don’t get the reasoning for it – it’s not like there’s competition locally who possess the licenses for the franchise? So, what gives.